You are here: Home » Appetizers » Pickled Fennel and Carrots 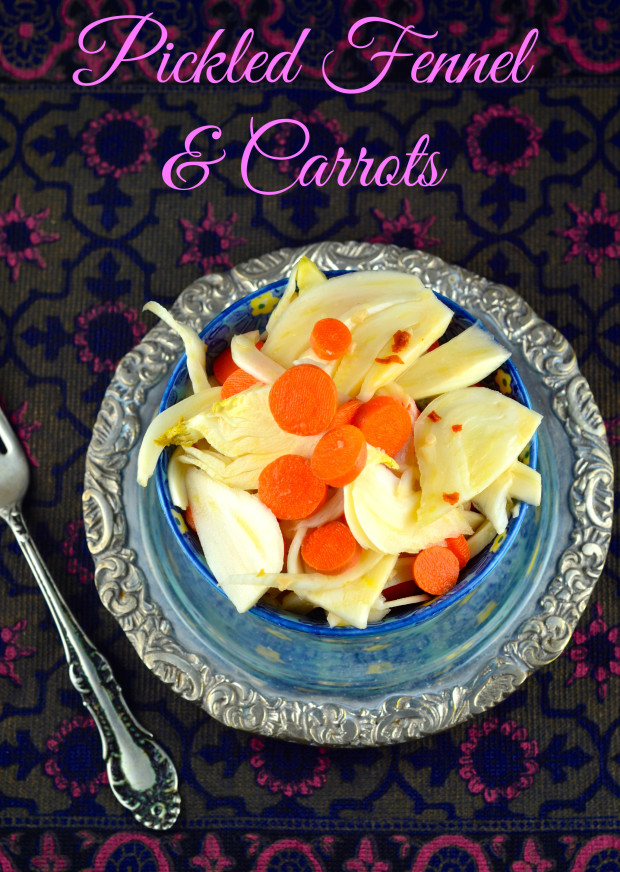 As much as I hate to admit it, I have to say that my 7 year old son is a very picky eater. And I realize a lot of kids are, but it's something particularly frustrating to me, for obvious reasons. I spend most of my days in the kitchen, trying and experimenting with new foods, new flavors and new textures. I have a nutrition background, so to me, balance and variety when it comes to diet are a must. And yet I have this kid who is extremely finicky and reluctant to try new things. Although I do have to say, he's gotten a little bit better and a lot of the foods he eats are actually healthy. So I'll take that.

One of his very favorite things to eat (besides sushi) is pickles. Kind of odd, right? Vinegary, salty and sometimes spicy. But for some reason, this super picky kid loves them. The only explanation I can come up with, is that it's in his genes.

Our dad is an absolute pickle fanatic. One of the fondest memories we have of him, is him sitting on the couch, watching the news with a drink, a bowl of pistachios and a plate of homemade pickles. Yes, I said homemade.

I don't remember ever seeing store bought pickles in my house growing up. He always made them himself, with all kinds of vegetables: cucumbers, cauliflower, radishes, eggplant... He even cured his own olives!

Best part of it is, he still does it, and every time he comes visit,  he makes some for us. Unfortunately, he hasn't been here in a while so we decided to give it a try ourselves. We figured we would try something a little bit out f the ordinary: fennel. And if you're not a big fan of its strong licorice taste, don't worry, the pickling process somehow tames it a little bit. We added a good amount of red pepper flakes to give it a nice spicy kick, but you can modify it to taste. Still not convinced? Try other veggies! Believe it or not, kale works beautifully here too!

Hope you enjoy it! 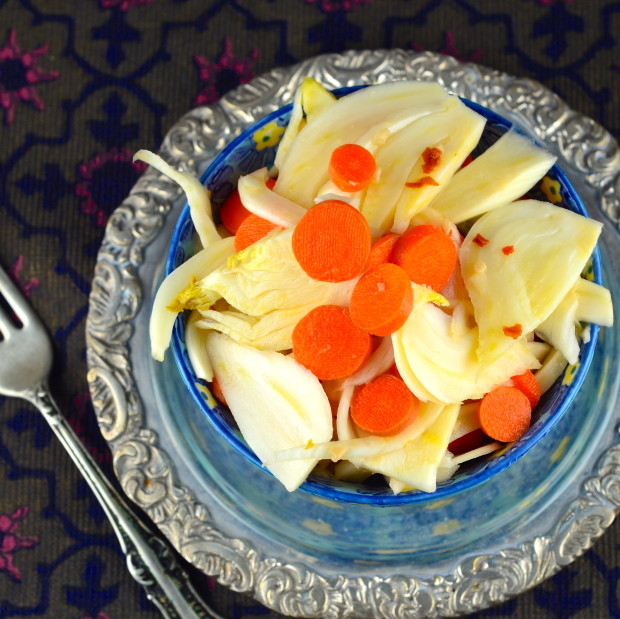 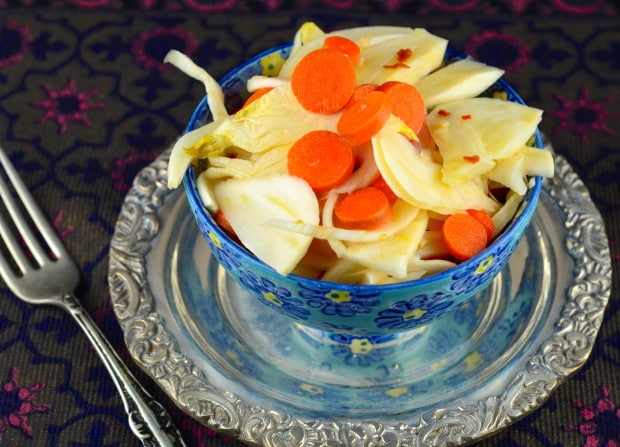