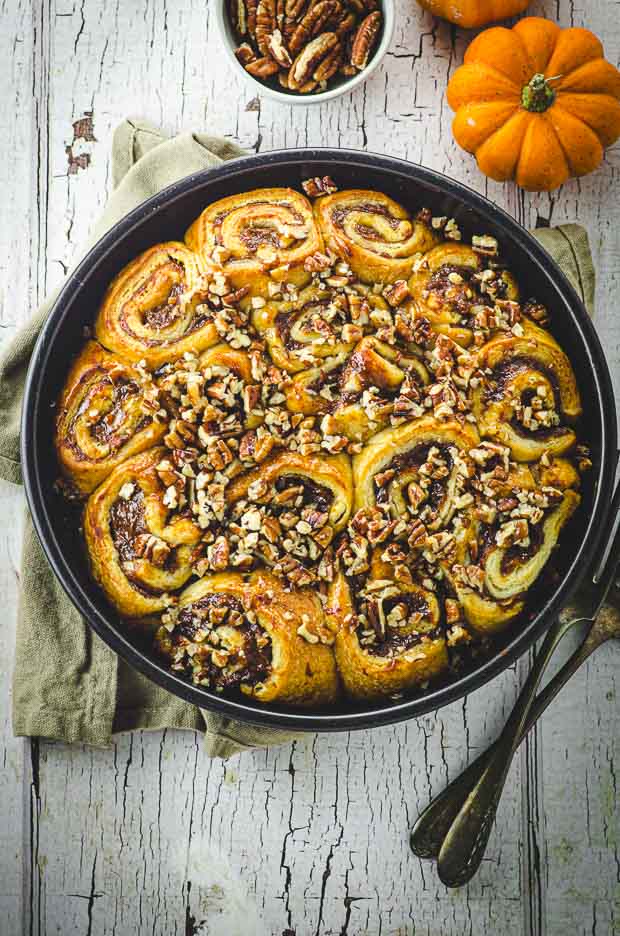 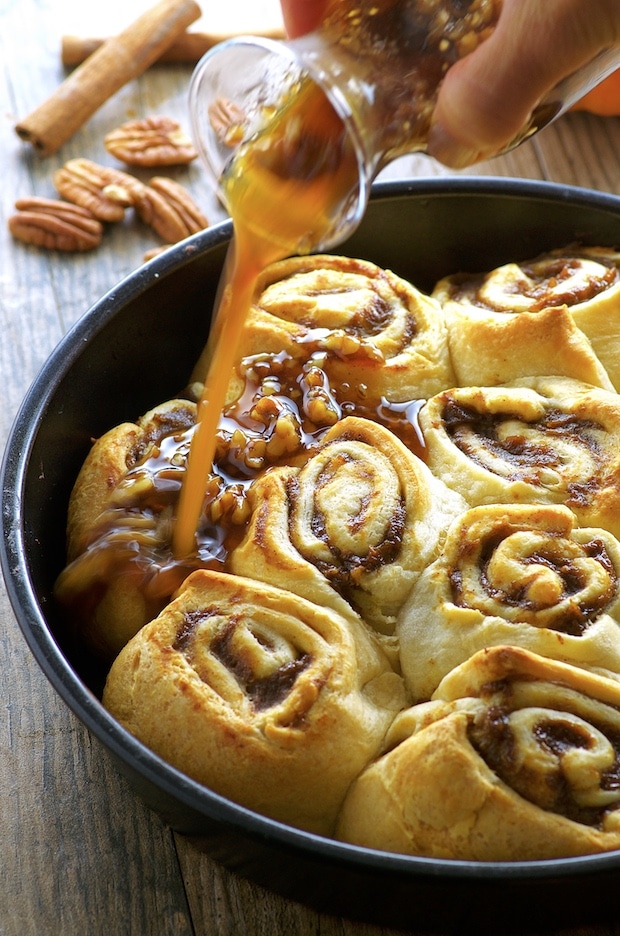 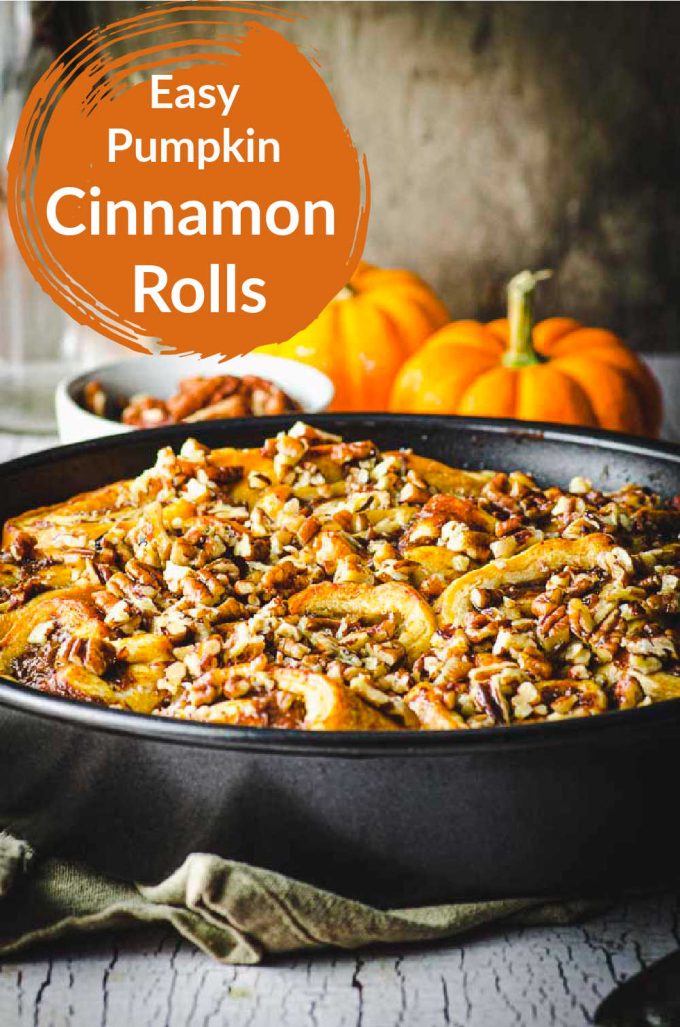 Get ready to FALL in love with the easiest cinnamon roll recipe! Easy Maple Banana Pumpkin Cinnamon Rolls are our favorite way to fill your kitchen with spiced aromas and delicious flavors.

This is the easiest way to make fluffy, delicious Pumpkin Cinnamon Rolls! Your house will be filled with the smells of maple, cinnamon, and spice. There’s nothing better than that as the days get shorter and a chill hits the air! This is a crowd favorite recipe that’s perfect for holiday mornings or a sweet seasonal treat. It’s also a really tasty way to use ripe bananas!

This is a shortcut that makes this an absolute no-fuss recipe. Using premade crescent roll dough instead of a from-scratch yeast dough saves you a bunch of time while still producing delicious results! We used two tubes of a vegan crescent roll dough, which you can find at Trader Joe’s or from Immaculate Baking Company. You could experiment with premade biscuit or frozen pie dough, but we really recommend getting crescent roll dough for best results!

Here's How to Make Cinnamon Rolls with Crescent Dough

What’s the Difference Between Cinnamon Rolls and Chelsea Buns?

Let’s break it down! A cinnamon roll is a classic pastry in Northern Europe and North America. It’s fluffy, filled with sugar and cinnamon, and glazed with icing or cream cheese frosting. Chelsea Buns originated in the UK and have a little more spice variety with currants, lemon, and dried fruits. They don’t have much frosting and instead feature a thin glaze for shine on top! We like to think this recipe has the best of both cinnamon rolls and Chelsea buns. Yum!

How to Make Pumpkin Cinnamon Rolls

Check out these banana recipes!

Other Thanksgiving Desserts We Recommend

These Easy Maple Banana Pumpkin Cinnamon Rolls are a super easy to make breakfast that will fill your house with the smell of maple, cinnamon and spice