You are here: Home » Desserts » Vegan Cheesecake with Pumpkin Mousse and Candied Pecans 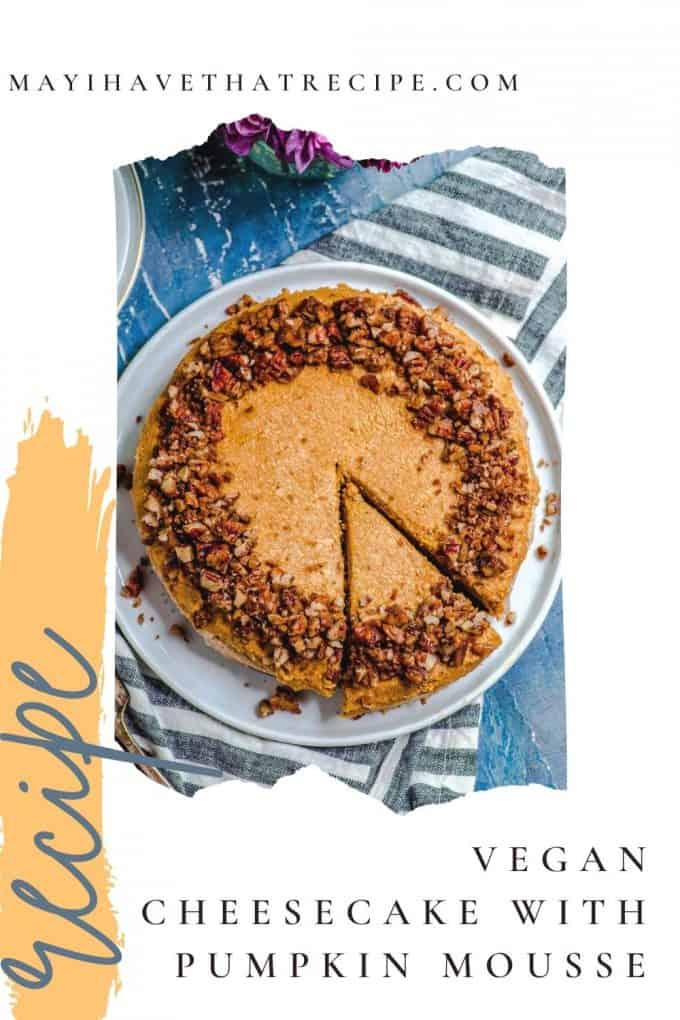 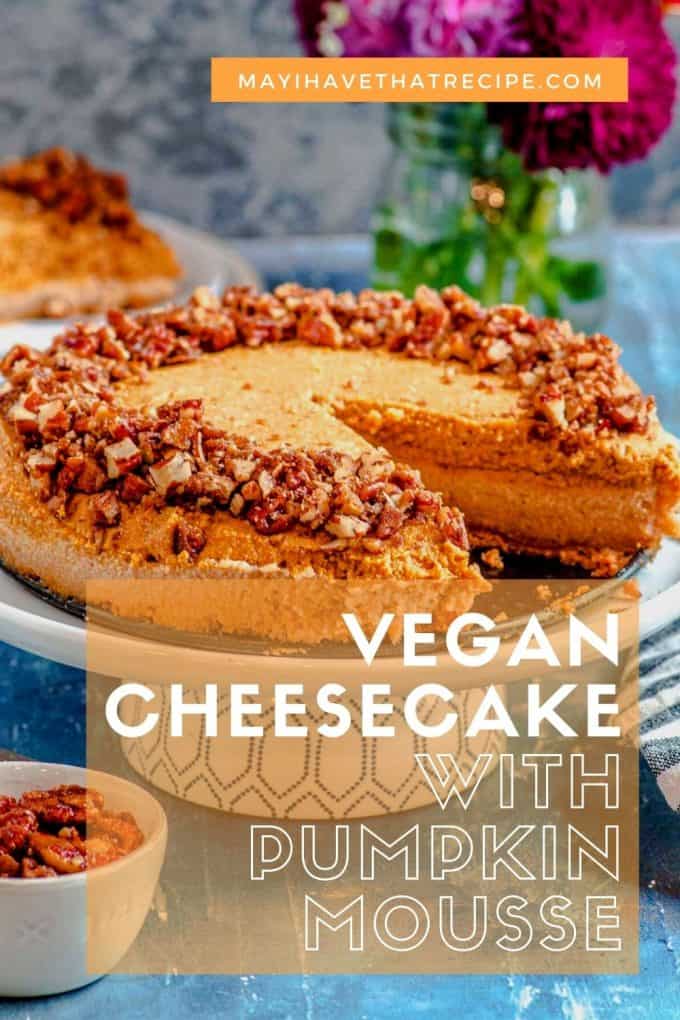 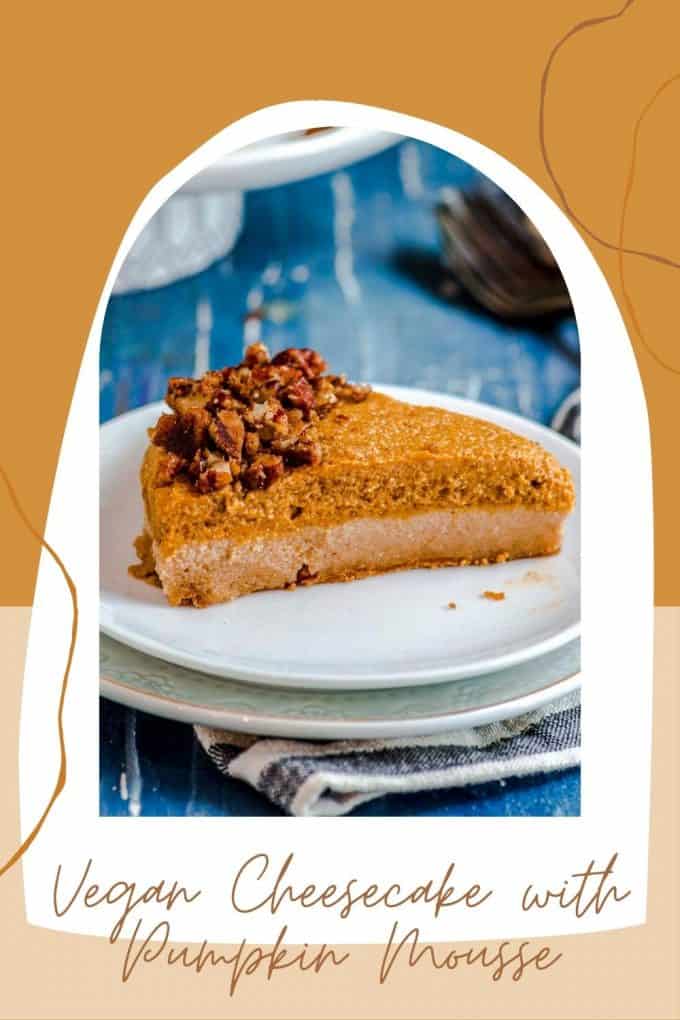 This Vegan Cheesecake is topped with a creamy pumpkin mousse and crunchy candied pecans. It has all the pumpkin pie flavors we all love and the creaminess and richness of a not-so-traditional cheesecake. All vegan, dairy-free and can easily be made gluten-free!

If you can read vegan cheesecake with pumpkin mousse and candied pecans and don’t drool a little bit, you’re a super-human. We make it to somewhere around pumpkin mousse before the cravings start. This recipe will definitely be making it to our Thanksgiving table!

We’re sure that once you see how easy it is and get a peek at the photos that it’ll be a “must make” for you, too!

Raw Cashews: The base of this delicious no-bake vegan cheesecake is made from the ground-up soaked cashews. Soaking the cashews gives the cheesecake the creamy, super-rich texture traditional cheesecake is known for.

Pumpkin puree: The pumpkin mousse has the same cashew base but with a good amount of pumpkin puree folded into it, which makes it light and reminiscent of pumpkin pie, which we absolutely love by the way! Don't you?

Ginger-snap cookies: We made the crust by grinding up ginger snap cookies (you can also try gluten-free ginger snaps) for a touch of spice, and some melted coconut oil to hold it together.

How to Make a Vegan Cheesecake

Soaking Cashews: Start by soaking raw cashew. This will the base for the cheesecake

Making the cheesecake base: Process the soaked cashews with the spices, and coconut oil until creamy and spread over the crust.

Make the Pumpkin Mousse: with pumpkin puree, soaked cashews, maple syrup, and spices. Spread it over the cheesecake.

Create your crunchy topping: we used a pecan topping on the recipe below or you can use our candied pecans recipe

Other Thanksgiving Desserts We Recommend

DID YOU LIKE OUR VEGAN CHEESECAKE RECIPE WITH PUMPKIN MOUSSE?

This Pumpkin Mousse Cashew Vegan Cheesecake has all the pumpkin pie flavors we all love and the creaminess and richness of a traditional cheesecake. All vegan, dairy and gluten-free!

This post was originally published on November 18, 2016. We have updated the images and added some other useful information, so this recipe is a success for you!