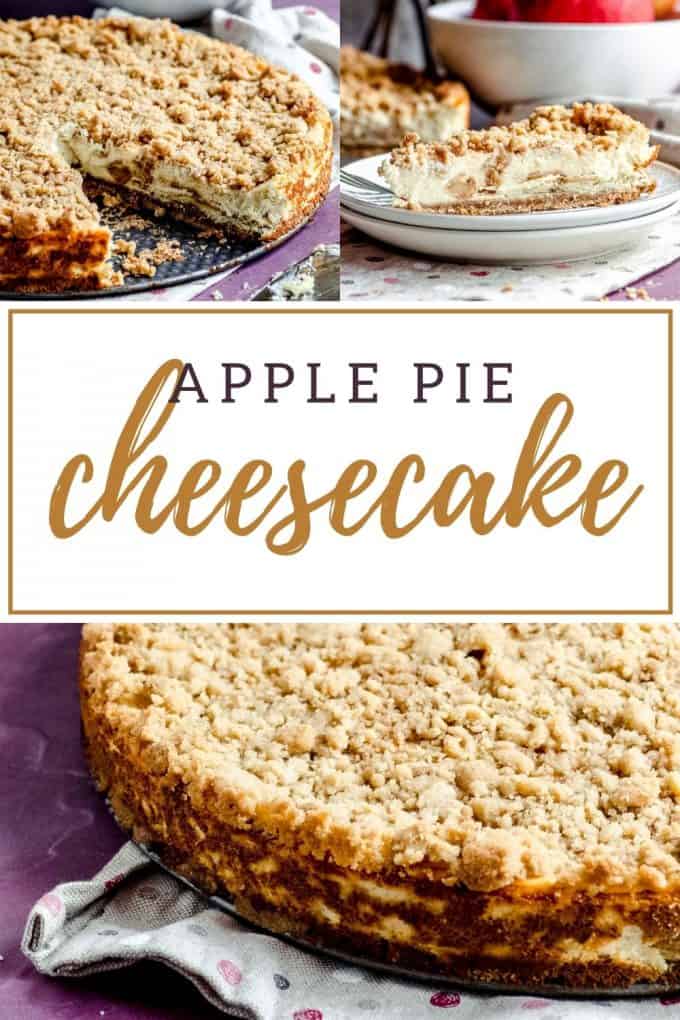 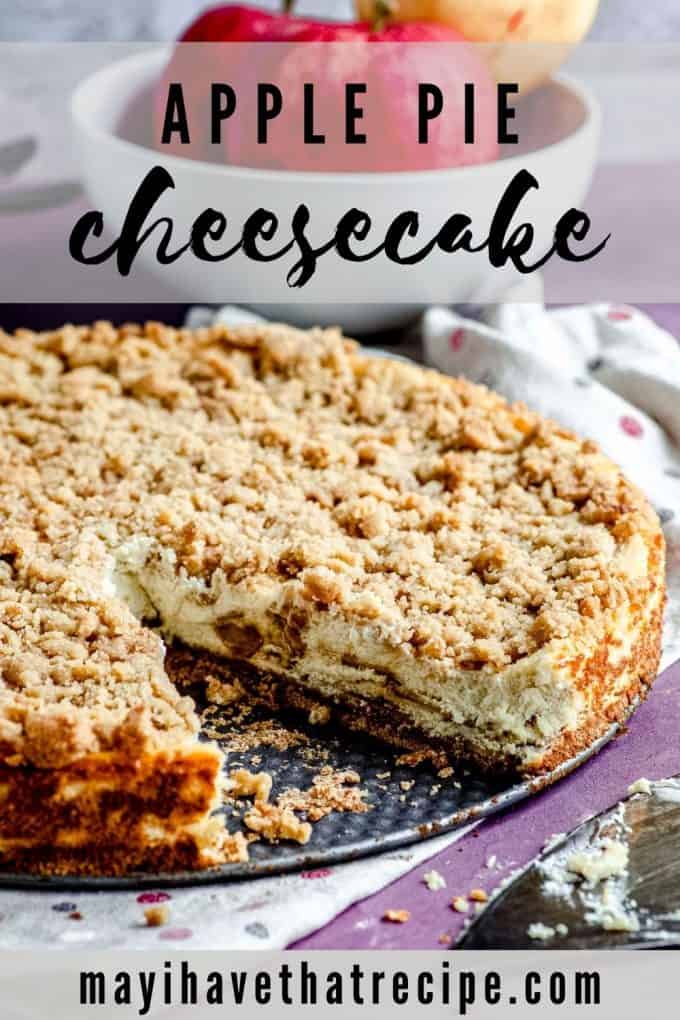 What happens when two of our favorite desserts combine? This Apple Pie Cheesecake! It’s a fluffy, decadent cheesecake filled with apple pie flavors.

We used low-fat cream cheese and yogurt instead of full-fat cream cheese and sour cream for a lightened-up version of this apple dessert. We cooked apples folded them into the batter rather than just placed them on top. A crumb topping finishes it all off with the perfect bite! The result is an amazing combination of cheesecake and apple pie all wrapped in one wonderful fall dessert. You may also want to try Mini Apple Pies and Knafeh.

The best thing about this Apple Pie Cheesecake is that it feels special enough for a holiday or celebration, but it’s quick easy to make, so it’s also a great option for a weekday treat. Just give it enough time to set in the fridge. It’s an all-around wonderful apple recipe to have on hand and we just know you’ll love it!

Plan on making this cheesecake one day ahead of time so it has plenty of time (at least 4-5 hours) to cool and set in the refrigerator. This isn’t a traditional cheesecake, so it doesn’t need to be cooked in a water bath! It’s a great recipe if you’re intimidated by cheesecake.

How to Make Apple Pie Cheesecake

Start by making the graham cracker crust and pressing it into a 10-inch springform pan. We like to let the crust come up on the sides a little bit!

Prepare the cooked apples by placing apples, cinnamon, and sugar in a small pan over medium heat. They’re done when they become fork-tender!

Use a food processor to combine the filling ingredients. Pour it into a bowl and carefully fold in the cooked apples. Now it’s starting to look like an apple pie cheesecake! Pop it in the oven and focus on the crumble topping for a minute.

This is a traditional apple pie crumble topping, made from flour, sugar, and butter. Once the cheesecake is done in the oven sprinkle the crumble topping on and bake it for another 10 minutes to let everything set up!

Let the Apple Pie Cheesecake cool completely to room temperature on the counter before placing it in the refrigerator for 4-5 hours or, ideally, overnight. Serve it cold and enjoy it immensely!

While we do occasionally (or more than occasionally…) indulge in a totally decadent dessert, we’re usually pretty mindful of ingredients and love creating lightened-up versions of our favorites! For the cheesecake filling of this dessert, we used Neufchatel (cream) cheese with ⅓ less fat and fat-free or low-fat Greek yogurt.

What happens when two of our favorite desserts combine? This Apple Pie Cheesecake! It’s a fluffy, decadent cheesecake filled with apple pie flavors. We used low-fat cream cheese and yogurt instead of full fat cream cheese and sour cream for a lightened-up dessert with cooked apples folded in rather than just placed on top. A crumb topping finishes it all off with the perfect bite!