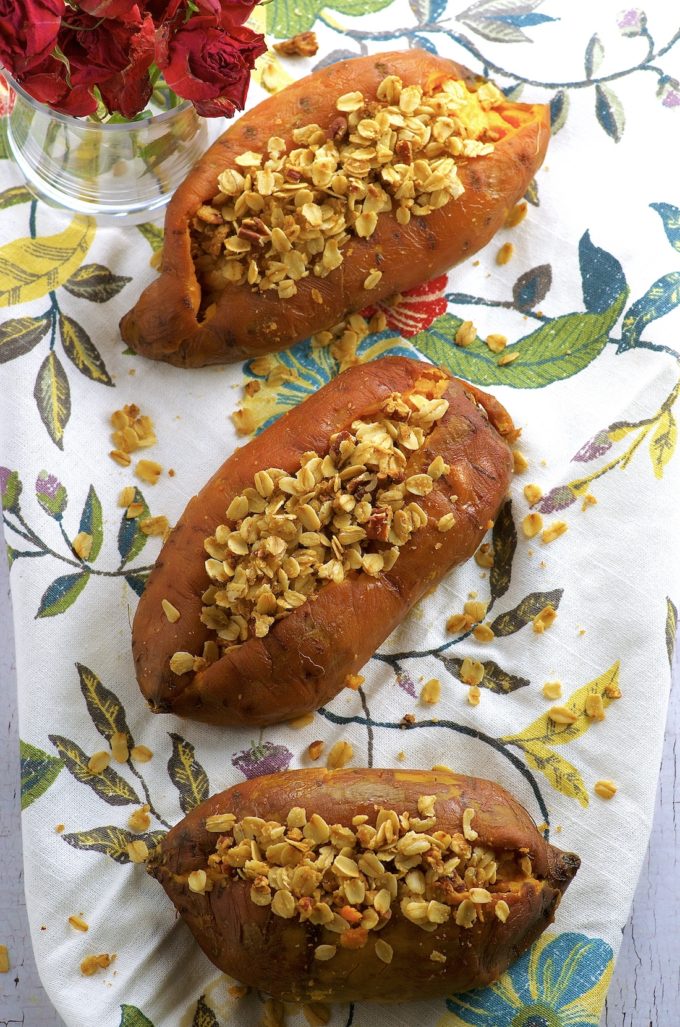 I remember one of the very first Thanksgivings I spent here. I was newly married, and went to one of my husband's relatives for dinner. I had heard many times what a fabulous cook she was. And I had been "warned" in advance about her apparently-out-of-this-world mashed potatoes.

The table was filled with traditional Thanksgiving dishes  I was completely unfamiliar with. And although I couldn't taste a lot of them because they were made with some kind of turkey product, I was still excited to try whatever I was able to.

But the first thing I went for, of course, was the famous mashed potatoes. They were, indeed, delicious. I was thoroughly enjoy myself, until someone had to go and ask  the question: "What's in these mashed potatoes? They're so good!". If I told you that potatoes were actually the last ingredient on the list, I wouldn't be lying. Butter, cream, cream cheese and sour cream were at the top. And I'm pretty sure I dropped my fork as soon as I heard that, and I'm to this day I wonder if anyone saw my face turn ... Not only because I could feel my arteries clogging with every bite, but also because it was a complete shock for me. The mashed potatoes I remembered eating as a child had basically 3 ingredients: potatoes, olive oil and salt. Cultural shock, to say the least!

Now that we've spent quite a few years (and Thanksgiving dinners) here, we've learned to make over most traditional recipes (well, except for the big bird obviously), by giving them our own healthy twist.

These stuffed yams are definitely one of our favorites. 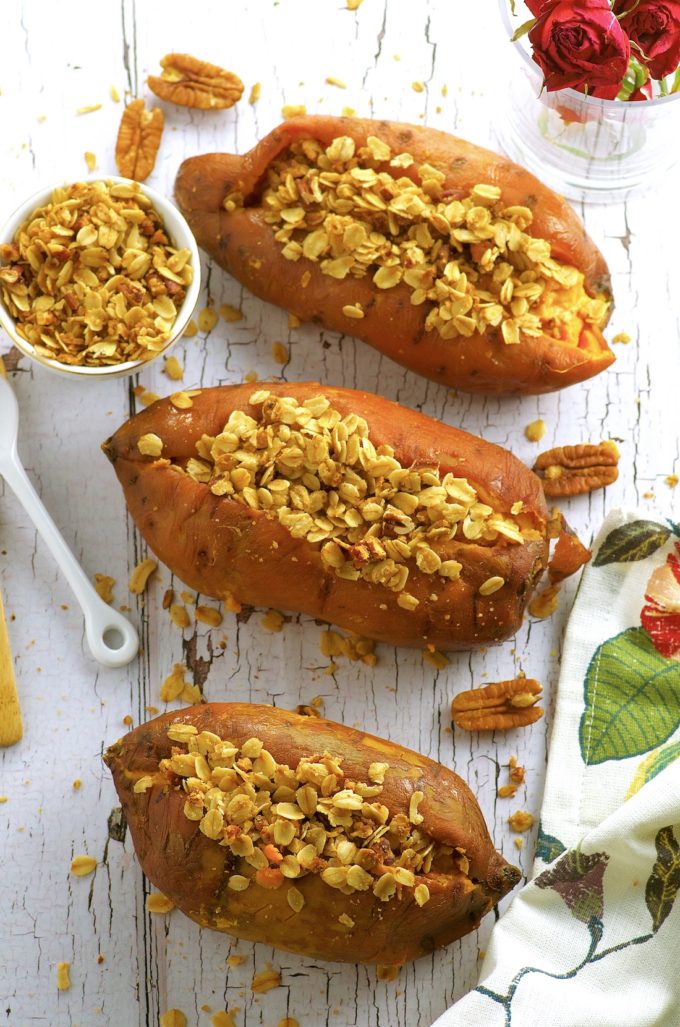 You can think of these as a hybrid of a yam casserole and mashed potatoes, only slightly healthier. The yams are baked until super soft. The buttery flesh is then scooped out and whipped with GO VEGGIE vegan cream cheese, some coconut oil and a touch of cinnamon. Right there you can see how we've reduced the amount of calories and saturated fat significantly, and eliminated cholesterol completely, by omitting the dairy products traditionally used.

The whipped yams are stuffed back into the yam skins and topped with a slightly sweet and crisp oat topping ( because in our opinion, marshmallows have no business being at the dinner table until dessert is served!).

The result is  a delicious, satisfying side dish that is vegan and gluten free.

Hope you enjoy it 🙂 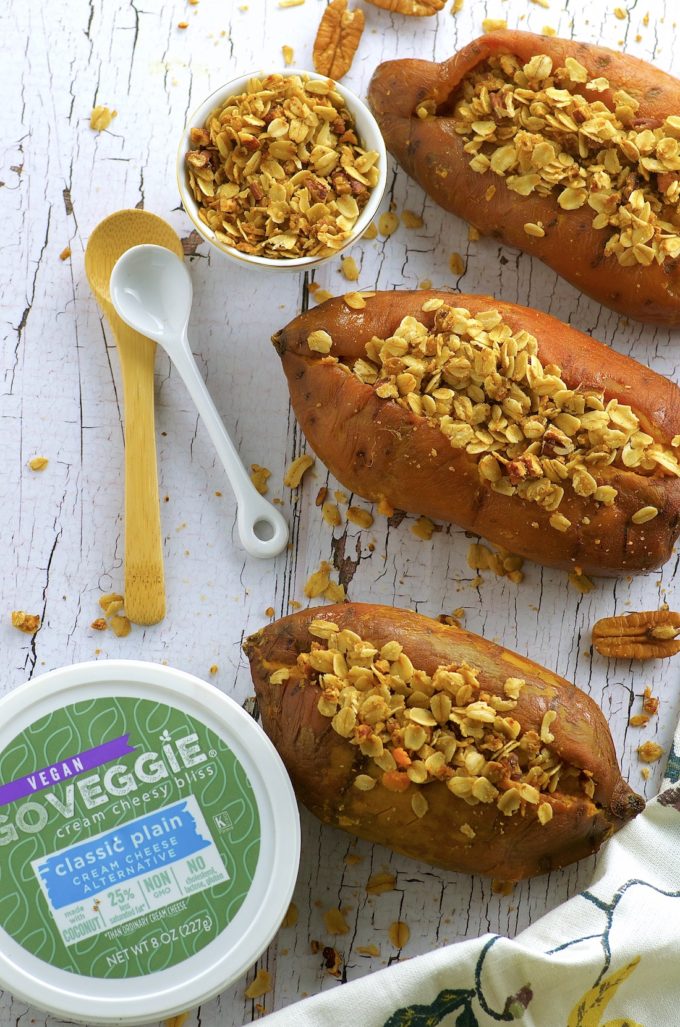 This is a sponsored post. All opinions are ours. Thank you for supporting the companies that support "May I have that recipe"