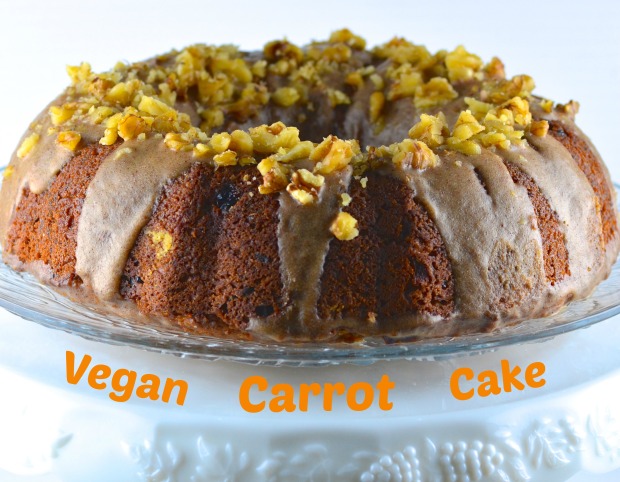 There's a saying in Spanish that goes "No es oro todo lo que reluce". Which translated means "Not everything that shines is gold". Meaning, that things aren't always what they seem.

That can be particularly true when it comes to food. And carrot cake is the perfect example. Or any veggie based dessert for that matter. We automatically assume they're healthy because they contain a vegetable!
Ever since we started the blog, we've been wanting to come up with a vegan carrot cake recipe. And since carrot cake isn't something we grew up eating, we had to do some "research" first.
We were pretty shocked to see that most of the regular carrot cake cake recipes we found were super high on fat and sugar. Between the cake and the frosting, a slice can be just as indulgent as your favorite chocolate cake. Something most people don't even realize!
So, of course, we had to do something about that. We had to find a way to make this just a little bit healthier. Not completely guilt free (it is a dessert after all!) but just a little bit better.
And we did it.  And it only took us two tries.
The first time around, we substituted applesauce for some of the oil, something you'll find very often on lightened up recipes. Which didn't work AT ALL here, probably because of the added moisture from the carrots. After baking for almost 2 hours in the oven, we ended up with a gummy cake, very wet in the center.
Second try, we skipped the applesauce all together and just reduced the total amount of oil. And since we were going to use GO Veggie!, a dairy free cream cheese alternative, for the icing, we thought it would work great also in the batter, to add moisture and richness to the cake. Keeping it dairy and cholesterol free, low in saturated fat and heart healthy.
The cake had great texture and flavor, just the right amount of sweetness. Once again, mission accomplished 🙂 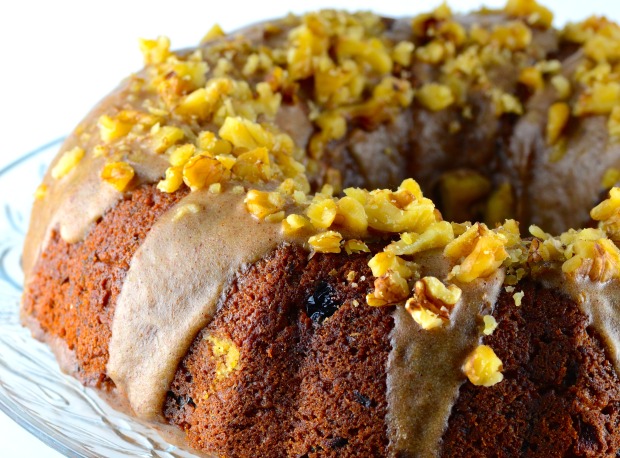 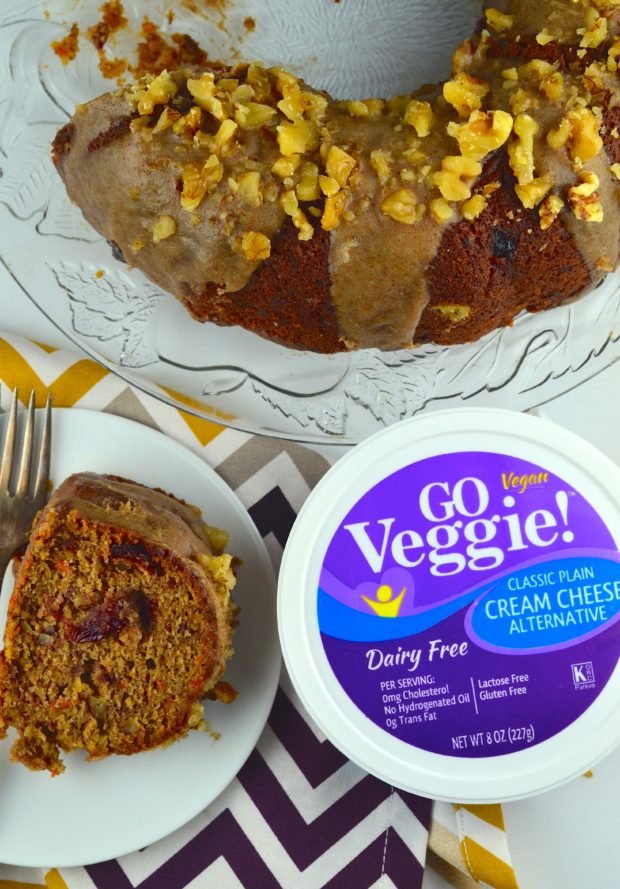 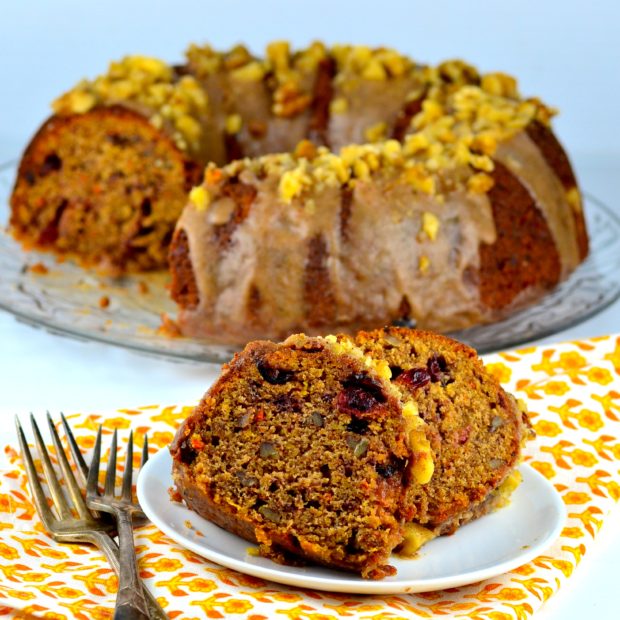 This post is sponsored by GO Veggie! - All opinions are ours