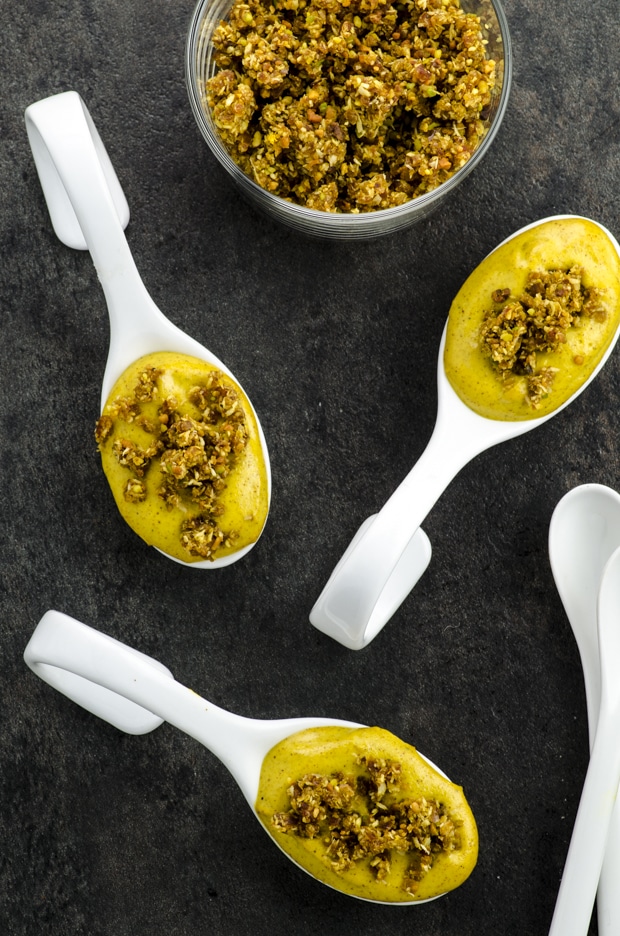 So, this is the current situation at my house: my recently married daughter and her husband are home for Passover, and they've been on a refined-sugar-detox for a few weeks. My 16 year old son decided a few weeks ago that he wants to get "in shape", so he started a pretty strict diet / workout program. And being the stubborn / very determined young man that he is, he barely allows himself to cheat. My husband, who HAS TO keep up with my son, is pretty much doing the same (he's not as good at the no cheating part, but he's really trying!).  BUT, they still all want to have some kind of dessert, especially for the Holiday.

You know what that means? Let me tell you. I have to come up with recipes that are kosher for Passover AND are not sweetened with any refined sugar (i.e mainly fruit, dates and occasionally maple syrup). And by "I" I mean my sister of course (I'm the photographer, not the mad scientist, that's her job).

So... here's her first creation: a golden milk cashew "cheesecake", that we are serving in small individual portions, because, really, after sitting at the Seder table for hours and finishing dinner close to midnight, no one needs anything huge, or heavy!

This spice filed dessert is sweetened with a tablespoon of maple syrup and dates. It's vegan and gluten free, very easy to prepare and can be made ahead of time. And best of all (for me anyway), my family approves... 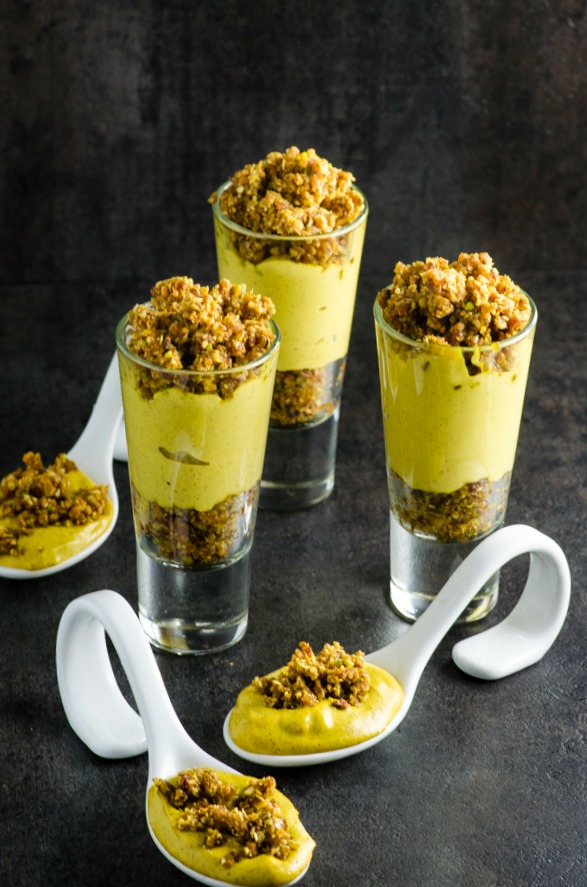