You are here: Home » Dips, spreads and sauces » Moroccan Matbucha 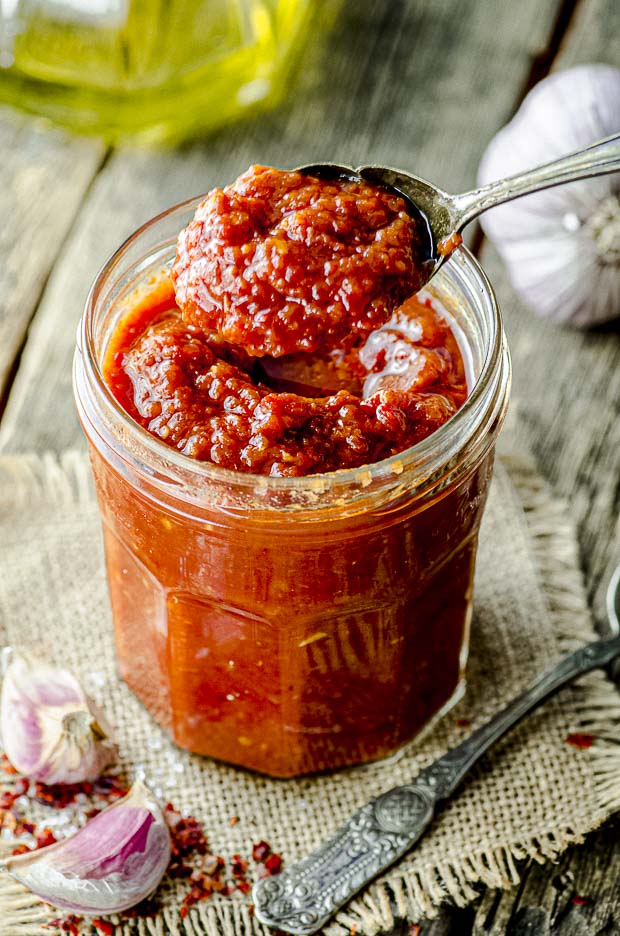 Matbucha, the Moroccan tomato and pepper dip, accompanies nearly every North African and/or Middle Eastern tapas-style, meal starter. Matbucha is made with tomatoes, peppers, garlic, olive oil, and paprika. It's traditionally a spicy dip, its heat coming from either jalapeño peppers or other fresh hot peppers, or by adding dry hot pepper like Aleppo pepper (Affiliate link), hot pepper flakes or cayenne.

This is how we simplified the process:

Other Moroccan Recipes You May Enjoy

Our matbucha recipe yields 3 cups. We divide it into 3 mason/glass jars and store one in the refrigerator and the other two in the freezer. We find that adding a thin layer of olive oil on top helps keep the matbucha fresh in the fridge for a longer period of time, about a week to 10 days.  Be sure to use a clean utensil when serving it from the mason/glass jar to prevent spoilage.