This High Protein Noodle Paella is a vegan version of a popular Spanish dish called “Fideua”, traditionally made with fish and shellfish. 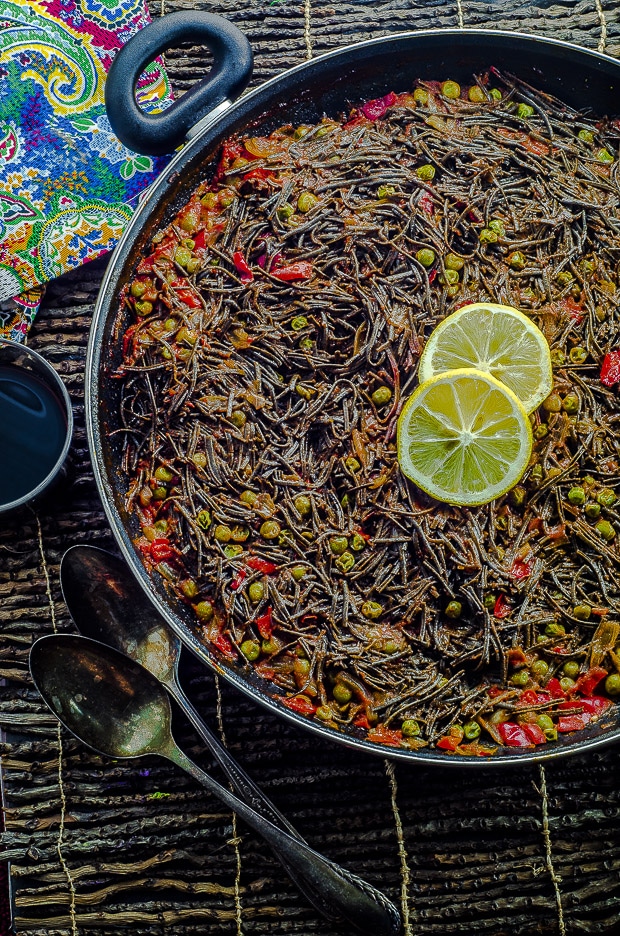 One of the first recipes we ever posted on the blog, was for a dish our mom made up when I first met my husband. I invited him over for dinner... and kinda forgot to tell her he was vegan. So, being the amazing cook that she is, she came up with a vegan version of a traditional Spanish dish called Fideua, which is basically a noodle paella. And of course, it was absolutely delicious.

There's another version of this Spanish dish, where the noodles are actually black, and it's made with ink squid. The recipe we're sharing today, is a vegan, high protein version of that dish. We used Explore Cuisine's Black Bean Spaghetti as a base, to give it a more "authentic" color, and just a few simple ingredients like sautéed onions, red bell peppers, garlic, peas  and crushed tomatoes to give it an intense flavor. 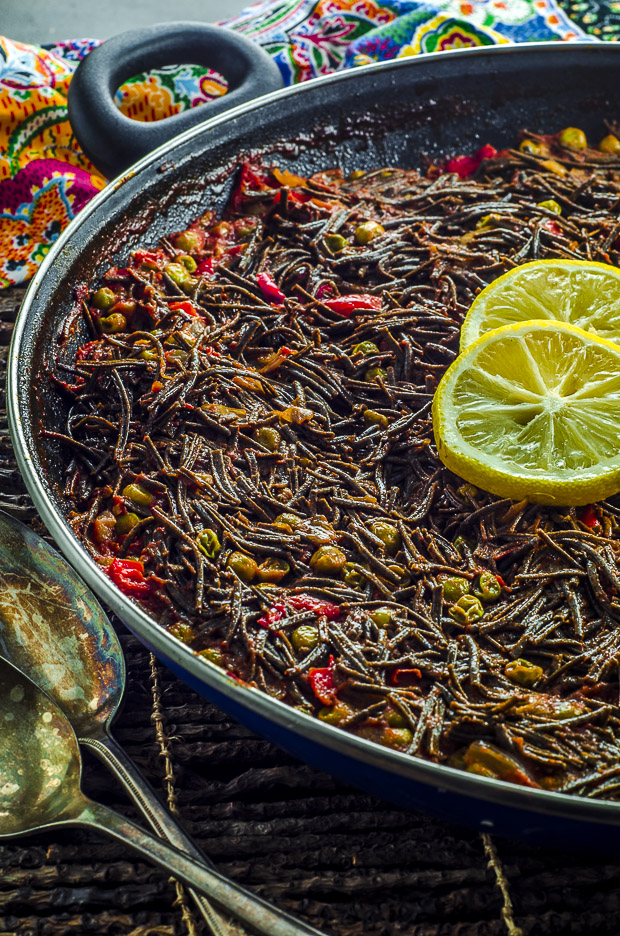 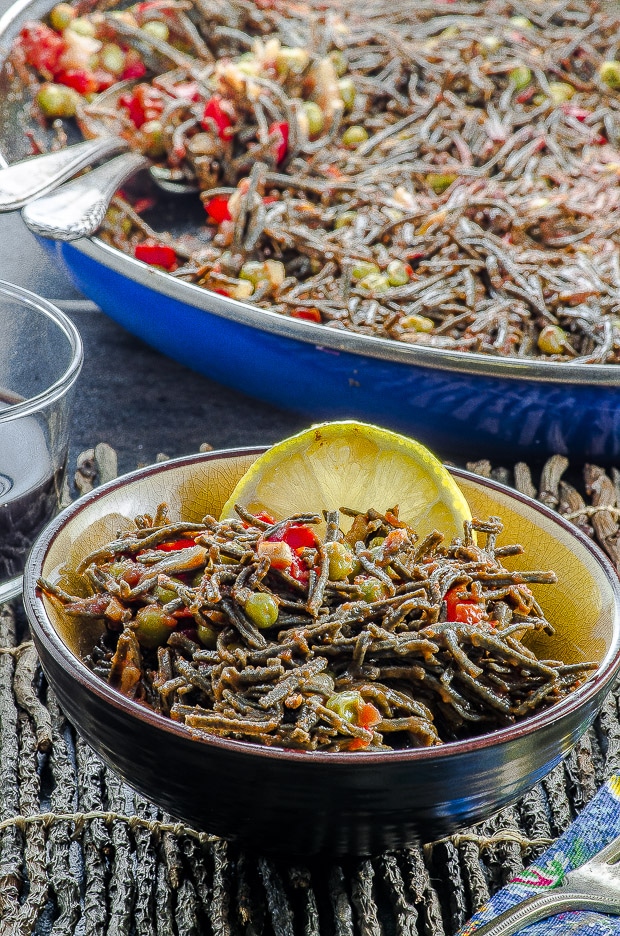 This High Protein Noodle Paella is a vegan version of a popular Spanish dish called “Fideua”, traditionally made with fish and shellfish.

Heat the olive oil in a large, oven proof paella pan or 15-inch skillet. Add the onion, red pepper, garlic and salt and cook over medium-high heat for 20 minutes, stirring often, until tender

Add the crushed tomatoes and cook for another 2 minutes. Add the broth and peas and stir well. Bring to a boil and add noodles, making sure they are spread out evenly on the pan. Reduce the heat to medium and cook for 10 minute, until the noodles are tender

Place the pan in the middle rack of the over and broil fro 3-4 minutes, until the noodles start to slightly curl up 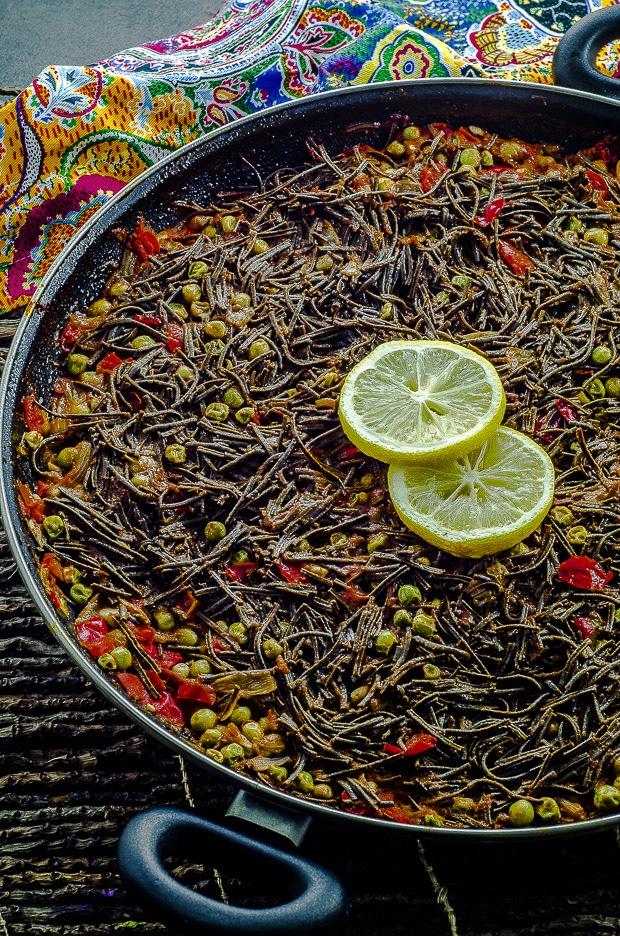 This post is sponsored by Explore Cuisine.  Thank you for supporting the brands that make May I Have That Recipe possible.