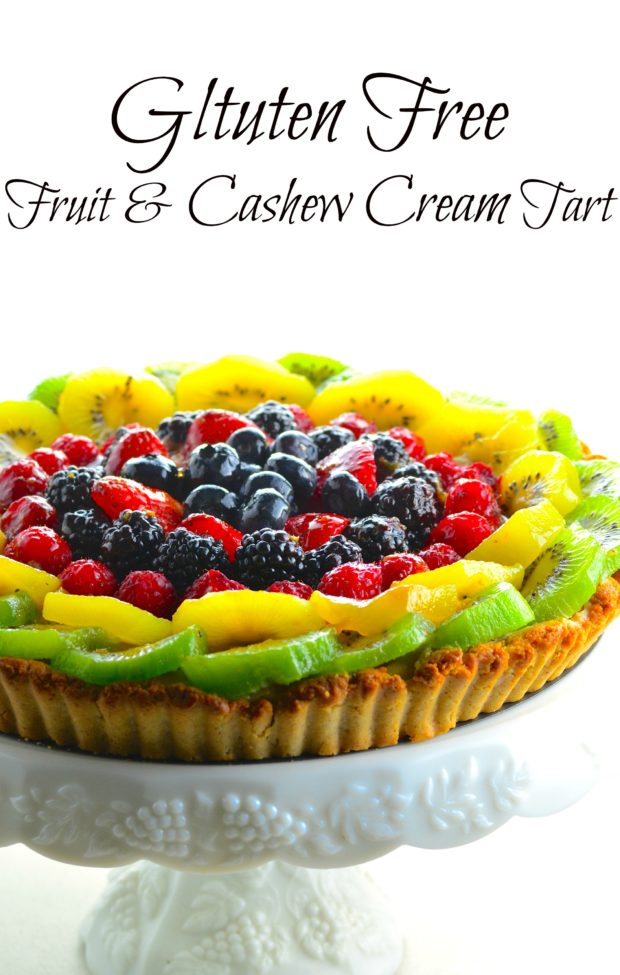 We love to challenge ourselves in the kitchen. And if you've been following us for a while, you know that of all things we try, Ruth likes to challenge herself most with baking projects. When she’s in a baking mood, watch out! She’s like a mad scientist in the kitchen!

She can honestly create practically anything, especially if it involves baking in some way, so there was little doubt that she, one again, would succeed. What was shocking was just how pretty this recipe turned out in addition to tasting absolutely amazing. The taste of this Gluten Free Fruit & Cashew Cream Tart , in addition to its presentation, makes this is the perfect dessert to serve skeptics who think that gluten free and vegan recipes are boring or lack the same level of flavor that they can find in their gluten filled, dairy- laden recipes. Just look at that mouth­watering fruit! Even the most die­hard skeptic should be impressed.

Of course, we have to admit, creating a great vegan and gluten ­free dessert has become a lot easier thanks to the wide variety of high quality products available in the market. Vegan alternatives to milk, dairy, and egg products are a huge asset in the kitchen, as are the various gluten­ free flours and other baking aids that we have come across.

For this recipe, we used Bob's Red Mill One to One gluten free flour for baking as well as So Delicious cashew milk. Using a one to one blend simplifies the baking process, since it can be used as regular flour.  Cashew milk is a smooth, rich, creamy alternative to dairy milk. It strongly resembles dairy milk and it's excellent for cooking or baking.

As you can see, the fruit used to top the tart can vary widely. We decided to utilize a variety of fruit and berries, but you could easily change up the selection based on what is in season or your own personal flavor preferences. The pictured blend was a perfect mixture of sweetness and tartness, and the color are simply stunning! 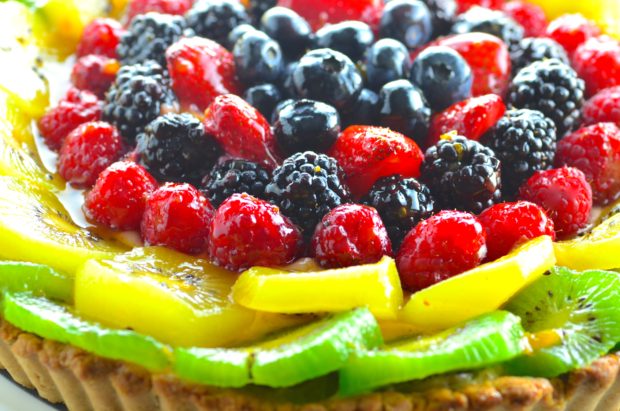 Adding a layer of melted chocolate on the bottom of the tart shell will keep it from getting soggy from the moisture of the cream. This step can be skipped, but keep in mind it might soften the tart shell.

Cashew meal, milk and butter can be substituted for almond if necessary 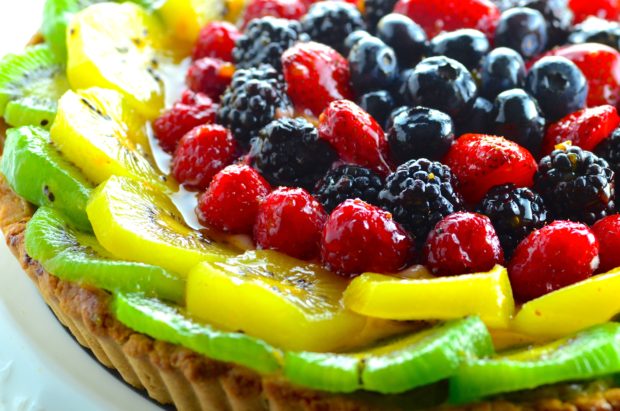 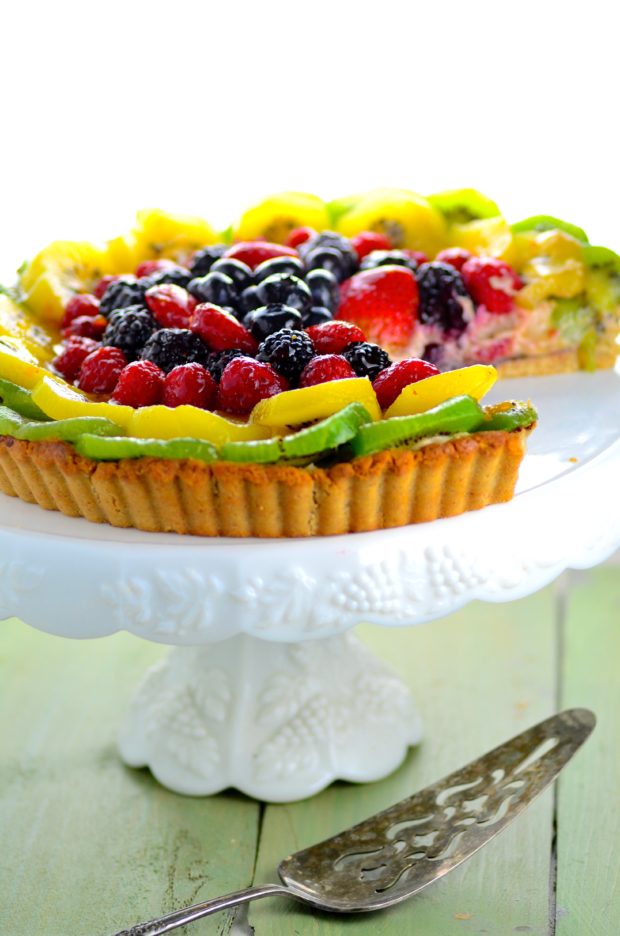