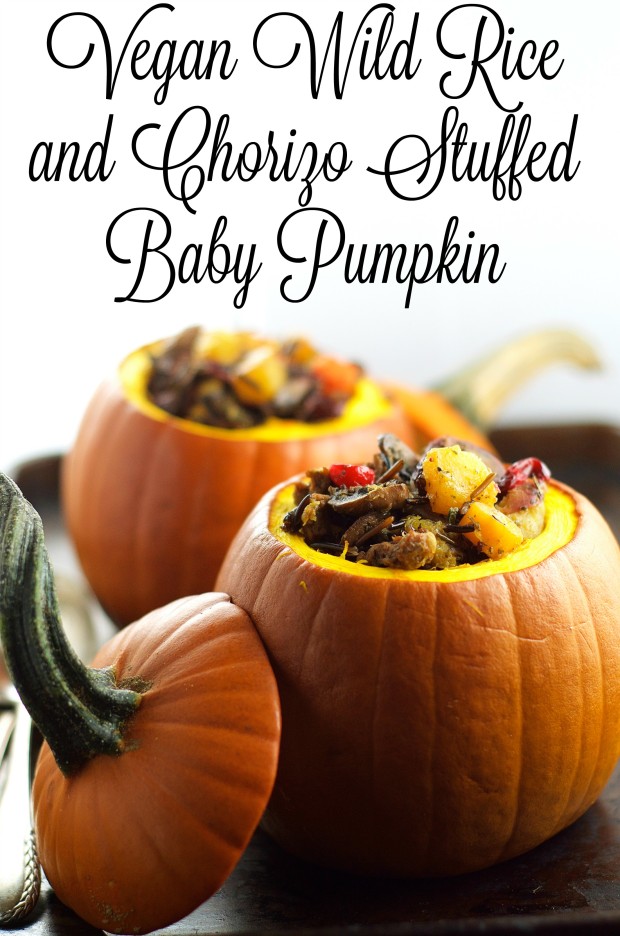 Time for the fall edition of the Starbucks chronicles! And surprisingly, there will be no mention of PSL whatsoever (pumpkin spice latte, for those of you who don't speak Starbucks). I know you've all been waiting for it so... here we go.

Things that might happen while sitting at Starbucks trying to write about "Vegan Wild Rice and Chorizo Stuffed Baby Pumpkin":

But none of that matters really, because the excitement of sharing this recipe overshadows any annoyance. We have cute little pumpkins, we have vegan chorizo (thank you Upton's naturals), we have wild rice, rainbow carrots and acorn squash... And did we mention CUTE LITTLE PUMPKINS?!

I know, I know. We said we weren't going to get ahead of ourselves. But we're less than a month away from Thanksgiving, so we're allowed to start planning, aren't we?

Inspired by this recipe on Food.com 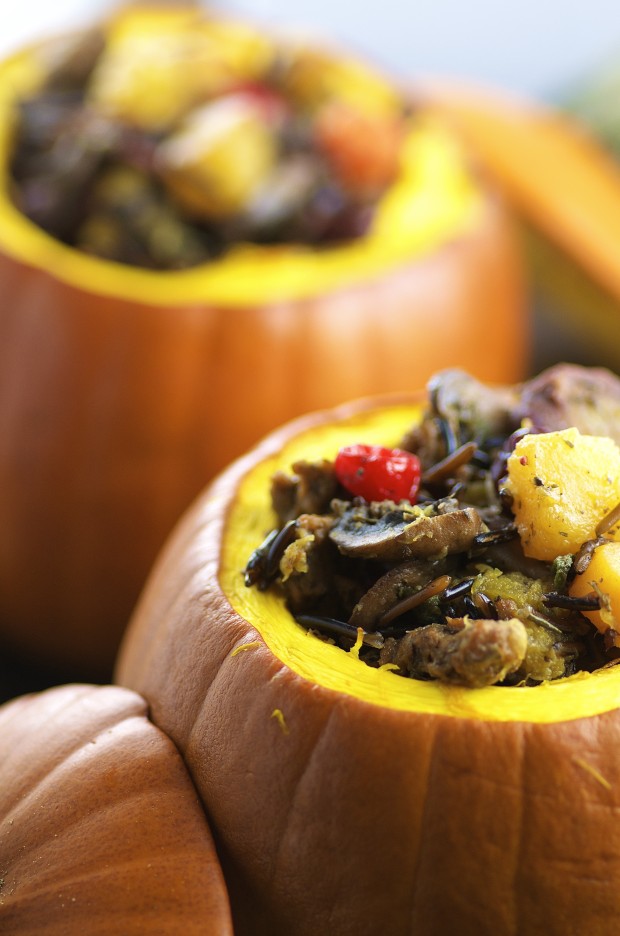 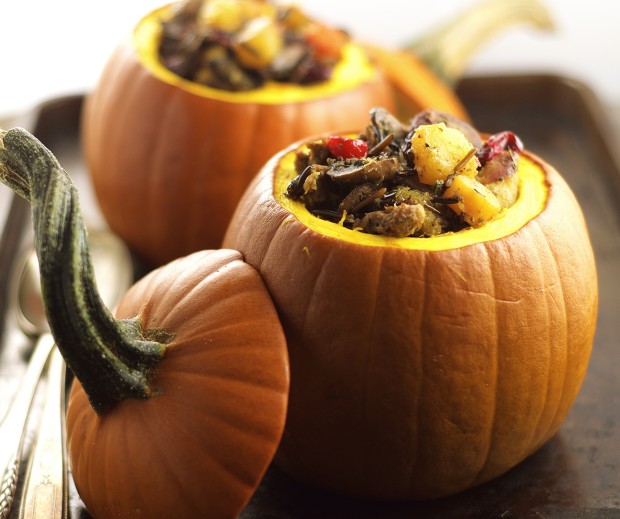