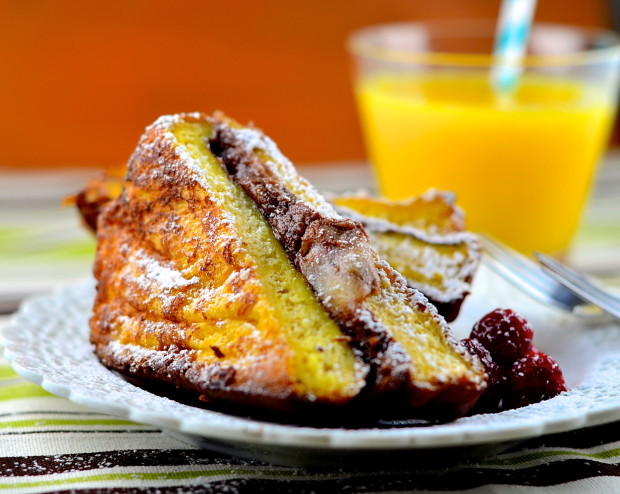 Our family is definitely into weird food combinations. Over the years, we've all come up with our fair share of "interesting" creations, that's for sure... But our sister Rebeca is by far, the queen all crazy concoctions. Most of them pretty obnoxious to tell, you the truth.

Most of them, except one: cheese and "Nocilla" (Spain's version of Nutella), on toast. As strange as it sounds, probably one of the yummiest things we've ever tasted.

She used slather the chocolate spread on toast and top it with either Manchego or a super salty, white, firm cheese, sort of like ricotta salata. The sweet and salty combination was just awesome.

Talking about it a few days ago,  we thought, it's Grilled Cheese Month and Rebeca's birthday is coming up in a couple of days... So why not combine the two and come up with an awesomely wacky recipe to pay homage to her?

Problem was, we couldn't quite come up with an out-of-tbox way of doing it. Yes, just bread, Nutella and cheese would have been fine, but not fun enough. And if we're representing our sister with one dish, it HAD to be fun and crazy and exciting....

Until a good friend of ours (who surprisingly didn't laugh at us after hearing our idea, but rather loved it) suggested making it fun AND decadent at the same time by using french toast instead of regular bread. Soft and buttery, oozing with sharp cheese and creamy Nutella...  Sold! 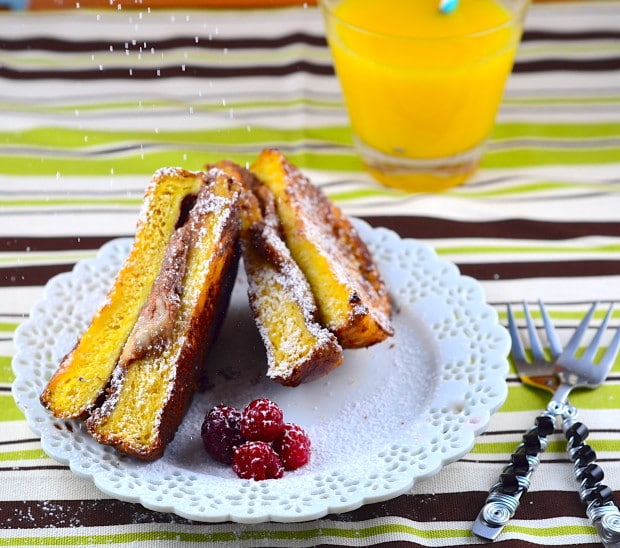 Ok, so this sandwich isn't exactly figure friendly and definitely not something you would wanna eat every day... But I little indulgence here and there never killed anyone, right? 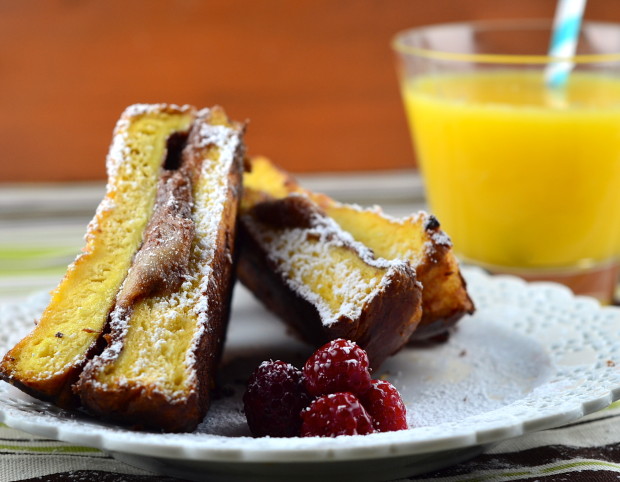 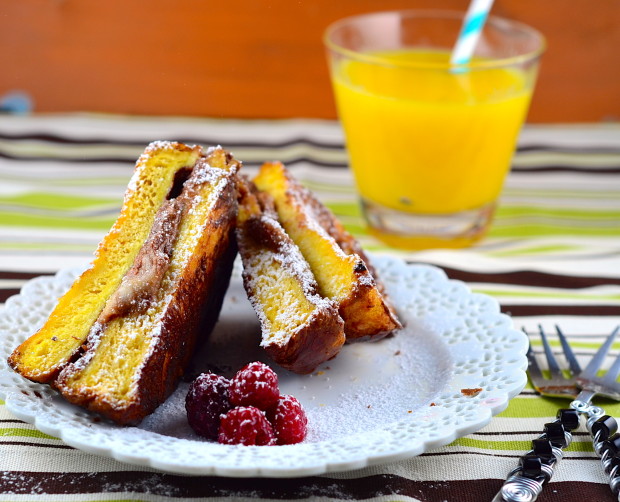